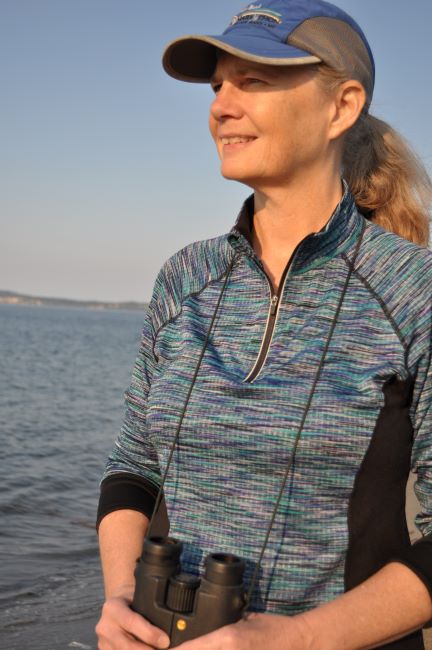 Join WRI and A Book For All Seasons as Leigh Calvez presents from her book, "The Breath of a Whale." Experience through imagination the true size of a humpback whale, listen to the calls of endangered orca whales, and learn fascinating facts about the majestic creatures inhabiting our planet's oceans.

In "The Breath of a Whale," Calvez draws from a dozen years researching, observing, and probing the lives of these giants of the deep to relate the stories of nature’s most remarkable creatures—from ancient blue whales and migratory humpbacks, to the familial orcas who struggle against catastrophic ecological change to survive.

Leigh Calvez is a naturalist and nature writer. She studied humpback whales in Massachusetts and on Maui, Hawaii and spinner dolphins on the Big Island. As a naturalist, Calves led whale watching tours around the globe to places like the Azores, New Zealand, and in British Columbia. Her interest in the natural world led her to nature writing and her first book, "The Hidden Lives of Owls: The Science and Spirit of Nature’s Most Elusive Birds." Calves' essays have also appeared in Smithsonian Magazine, High Country News, The Ecologist, Ocean Realm, The Christian Science Monitor, The Seattle Times, and The Seattle Post-Intelligencer.