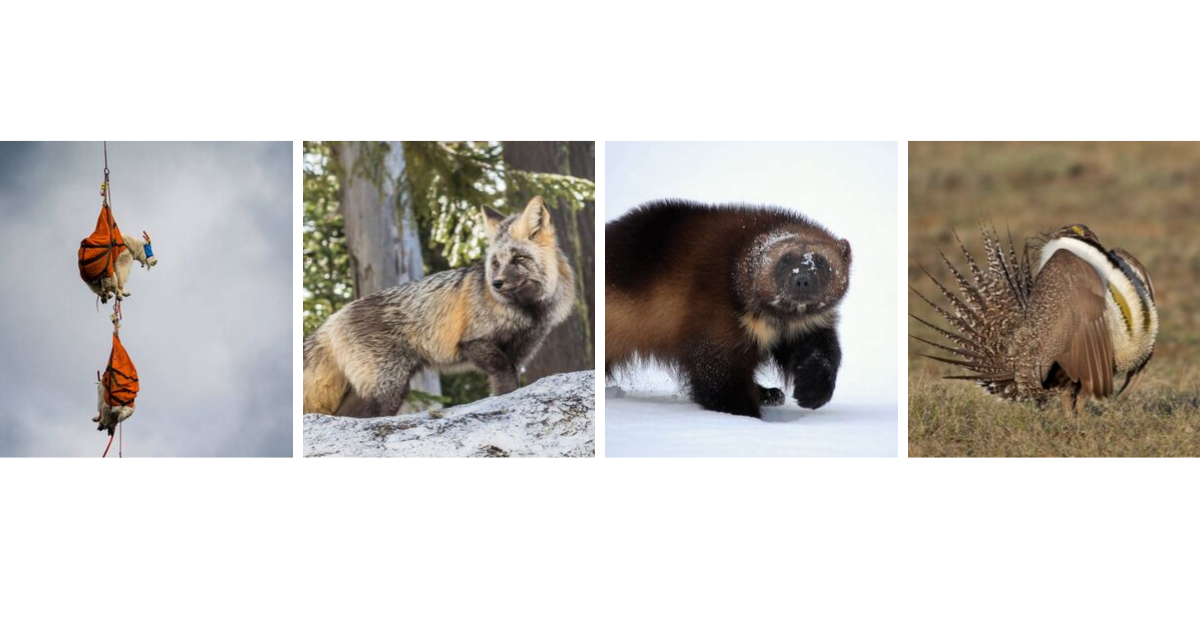 This year our speaker series has a focus on wildlife, and projects studying their populations and habitats, in our region. Four nights in the month of November listen to and engage in conversation with project managers and field researchers. Event is held at Milepost 111 Brewing in Cashmere, WA. Appetizers are included, special drink and food menu items available for purchase.

November 5th - Richard Harris, Washington Department of Fish and Wildlife - Olympic National Park Mountain Goat Relocation Project
Mountain goats are not native to Washington’s Olympic Peninsula, but appealing habitat and desire for hunting opportunity led sportsmen to introduce them from Alaska in the 1920's into what later became Olympic National Park (ONP). Goats increased throughout the Olympics, eventually growing to over 1000 individuals and creating conflicts with conservation of native and endemic plants and increasingly became a nuisance for park visitors. Beginning in 2014, ONP partnered with the Washington Department of Fish and Wildlife (WDFW), which had separately partnered with Tribal governments in the region, and the U.S. Forest Service, to develop a comprehensive plan to move mountain goats from non-native to native habitats. In September 2018, 98 goats were trans-located to pre-selected release sites in the Cascades. Approximately 200 more goats were to be removed in summer 2019.

November 12th - Jocelyn Akins, Cascade Carnivore Project Conservation Director - Cascade Red Fox and Wolverine
The Cascades Carnivore Project is a conservation research organization based in Hood River, Oregon. They are promoting the conservation of rare carnivores and their ecosystems in the Cascade Range through scientific research and collaboration with citizen scientists and other researchers. They have taken the lead on the conservation of the Cascade red fox, a rare mountain fox that only occurs in the Washington Cascades. They are also documenting the natural recolonization of wolverines into southern Washington, and recently discovered the first natal wolverine den documented in Washington’s southern Cascade Range in over 50 years and only the 3rd den in the state. Broadly, they are interested in how climate change affects species that inhabit mountain ecosystems.
Jocelyn leads the Cascades Carnivore Project in its effort to study rare montane and forest carnivores. She received her PhD in Conservation Genetics from the University of California Davis. She is only one of two researchers who has focused their research on the Cascade red fox. She will be presenting her decade-long research on the Cascade red fox and wolverine.

November 19th - Peter Singleton, US Forest Service | Patricia Garvey-Darda, Okanogan-Wenatchee National Forest | Brian White, WA Department of Transportation - I-90 Snoqualmie Pass East Highway Reconstruction Project
Animals have to move to survive. But understanding what areas are most important for animal movement, and what we can do in those areas to maintain opportunities for movement in the face of human development, are difficult challenges. In this presentation we will talk about what is being done in the Pacific Northwest to understand which areas are most important for wildlife habitat connectivity and what is being done along I-90 at Snoqualmie Pass to give animals the chance to move through this critical transportation corridor.
Peter Singleton is a Research Wildlife Biologist with the U.S. Forest Service Pacific Northwest Research Station in Wenatchee WA. Peter’s research focuses on the effects of disturbances (for example wildfires or human development) on animal populations and movement patterns. Patty Garvey-Darda is a Wildlife Biologist with the Okanogan-Wenatchee National Forest in Cle Elum WA. Patty is the USFS liaison for the I-90 Snoqualmie Pass East highway reconstruction project. Brian White began his career with the Washington State Department of Transportation shortly after graduating from the Oregon Institute of Technology in 1991. Currently, Brian is the Assistant Region Administrator for Construction and Development and oversees all the region’s environmental, design and construction projects.