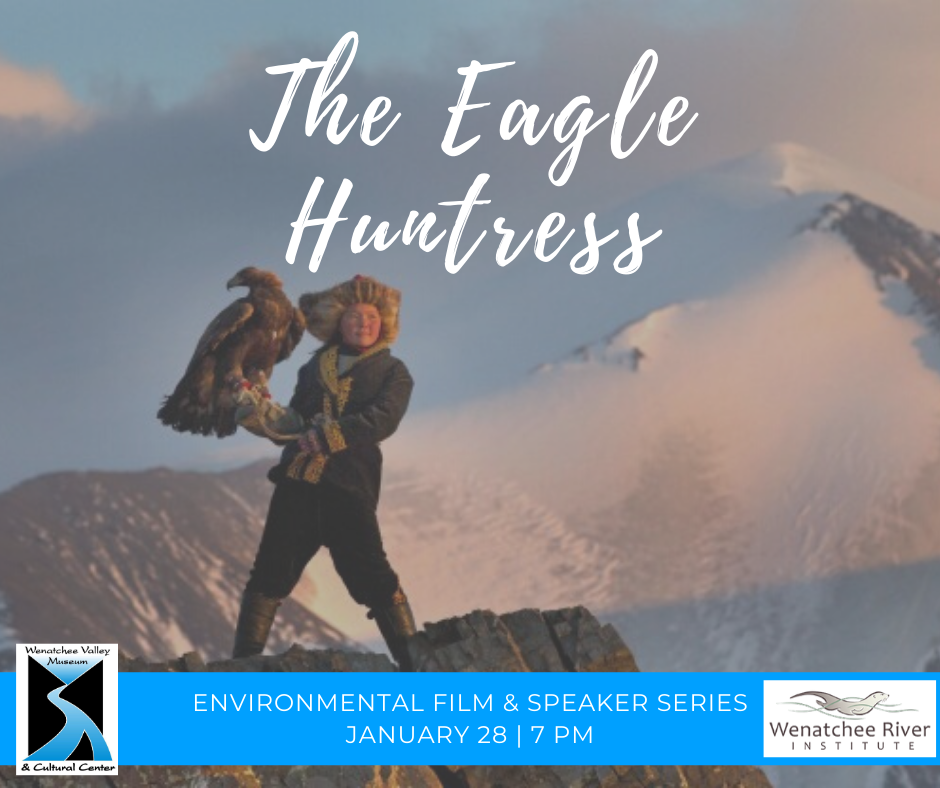 Wenatchee River Institute is sponsoring a documentary 'The Eagle Huntress', as part of the Wenatchee Valley Museum and Cultural Center's Environmental Film & Speaker Series. The Eagle Huntress is a film featuring a Mongolian Kazakh nomad girl fighting to become the first female eagle hunter in her family after 12 generations.

Thirteen year old Aisholpan overcomes obstacles to rise to the pinnacle of a tradition handed down for centuries from father to son. Many of the older eagle hunters reject the idea of a female taking part in this tradition while Aisholpan's father believes a girl can do anything a boy can do.