Volcano Hazards from the Cascade Volcanos of Washington State 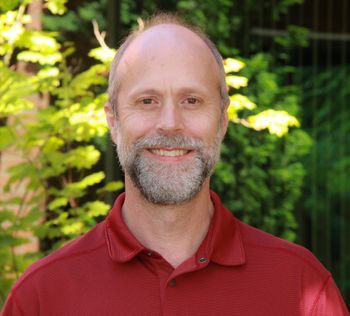 The 1980 eruption of Mount St. Helens dramatically emphasized the fact that Washington State is home to active volcanoes with potential to erupt in our lifetimes. A 2018 U.S. Geological Survey assessment of the 160+ active volcanoes in the U.S. found that Washington is home to 4 of the 18 Very-High-Threat volcanoes in our nation, including Mount Baker, Glacier Peak, Mount Rainier, and Mount St. Helens. In this presentation, Seth Moran will discuss what is known about volcanic hazards in Washington State, how those hazards are being mitigated through volcano monitoring and public outreach, and how lessons from the 2004-2008 Mount St. Helens and 2018 Kilauea (Hawaii) eruptions are being applied by the Cascades Volcano Observatory to improve eruption response planning in Washington State and elsewhere in the Pacific Northwest.

How to Watch: Click the link above at the time of the event. The event will be streamed via Facebook Live. You do not need to have a Facebook account to see the video.
Questions can be sent ahead of time to rbishop@wenatcheeriverinstitute.org or typed as a comment during the live video.

Speaker Bio:
Seth Moran’s professional career has been focused on the study of active volcanoes and volcano seismology. After graduating with a Geology degree from Oberlin College in 1988, he earned an M.Sc. (1992) and Ph.D. (1997) in geophysics from the University of Washington. In 1997 Moran was hired by the U.S. Geological Survey (USGS) to work as a research seismologist at the Alaska Volcano Observatory in Anchorage. In 2003 he transferred to the Cascades Volcano Observatory (CVO) in Vancouver, Wash., to work as the principal USGS seismologist responsible for studying and monitoring volcanoes in the Cascade range, where he played a lead role in the response to the 2004-2008 eruption of Mount St. Helens. From 2015-2020 he served as the Scientist-in-Charge of CVO.