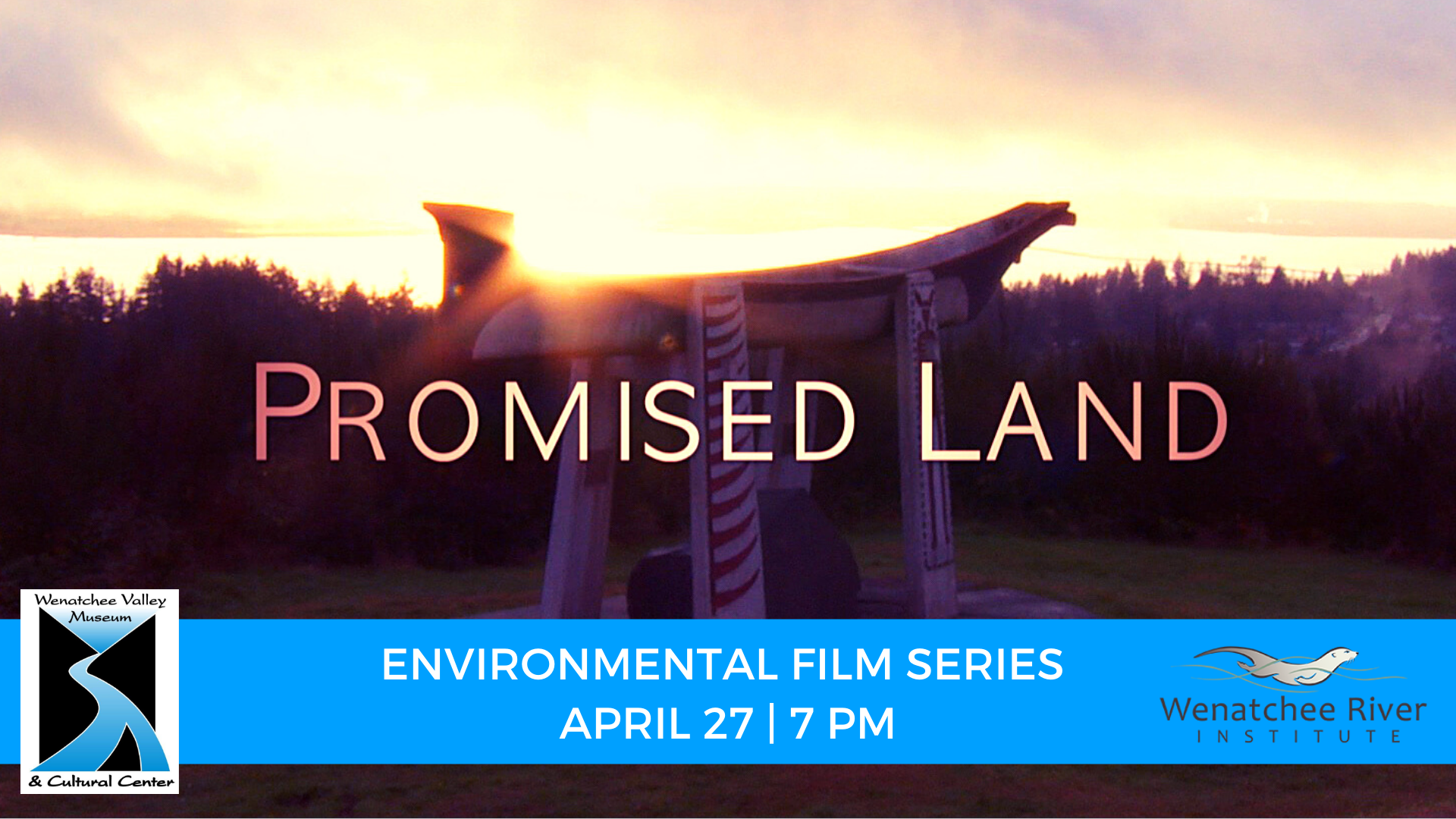 Join us for our night of the Wenatchee Valley Museum and Cultural Center's Environmental Film Series!

View the documentary Promised Land and participate in a follow-up Zoom discussion. Join us for a panel discussion with members of the p’squosa band leadership to discuss topics brought up in the Promised Land film on Tuesday, April 27 at 7 PM.

Register Here: https://www.wenatcheevalleymuseum.org/event/environmental-film-speaker-series-promised-land/
With registration you will gain access to the link to watch Promised Land. The link will be available for a week (April 20th-26th). You will also receive the zoom link for the discussion on the 27th. Registration is by donation.

Promised Land is an award-winning social justice documentary that follows two tribes in the Pacific Northwest: the Duwamish and the Chinook, as they fight for the restoration of treaty rights they’ve long been denied. In following their story, the film examines a larger problem in the way that the government and society still looks at tribal sovereignty.